CSFA and California Casualty Team Up for Contest

San Mateo, CA, December 28, 2018 – Have you ever wondered what it’s like being on the frontline of a fire, feeling the heat and battling the flames? California Casualty and the California State Firefighters’ Association (CSFA) are providing a glimpse with the CSFA photo contest. The contest highlights the bravery and camaraderie of the men and women in the fire service, and the explosive situations they encounter. Each winner receives a gift card from California Casualty.

The 2018 second and third quarter winners were recently announced.

The fourth quarter winners will be announced soon.

Firefighters around the Golden State are invited to enter their pictures to win prizes at https://www.csfa.net/CSFA/CalFF/articles/CSFA_Photo_Contest.aspx. Each quarter, the top pictures are chosen by votes on social media and judging by a committee, with gift cards provided by California Casualty.

“Firefighters are on the lines every day courageously protecting our homes and businesses. The least we could do to say thanks and highlight the amazing work they do putting their lives at risk,” said Mike McCormick, California Casualty Senior Vice President.

At the end of the year, the top pictures from each quarter will be entered in a “photo of the year” contest, with one being chosen for a $300 prize and featured on the cover of an edition of the California Fire Service Magazine. 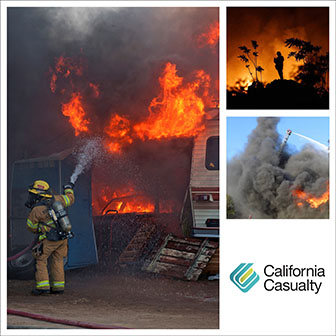 Collage of the 2nd quarter winners of the CSFA photo contest 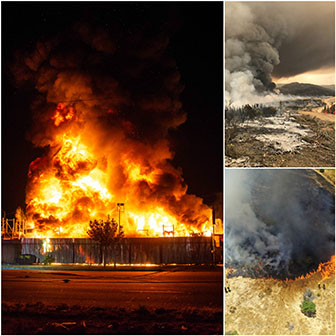 Collage of the 3rd quarter winners of the CSFA photo contest