San Mateo, CA, December 21, 2011 … In an ongoing effort to support American communities, California Casualty has donated $10,000 to the California State Firefighters Association (CSFA) Steamer Team educational program. This program employs a fully restored 1902 Steamer Engine drawn by three Belgian draft horses. Only 700 of the "modern marvel" firefighting vehicles were originally manufactured and the CSFA steamer is one of just eight remaining; the other seven are housed in museums. CSFA's 10,000-pound historical treasure travels the state, appearing in up to 50 shows and events annually.  At least three volunteers, including Team Captain Dave Hubert, and one Dalmatian attend each event. Presentations focus on firefighting history and provide important fire safety information.

"It's a wonderful program," said Dan Barclay, Assistant Vice President, Group Relations at California Casualty. "Our relationship with CSFA dates to 1974, and we supported the restoration of the steamer in the mid-1990s. Times are tough now. We wanted to ensure the program would continue."

Built in 1902 by the American Fire Engine Company out of Cincinnati, the vehicle served the city of Reno as Engine #1 for more than 20 years. Later it served the Southern Pacific Railroad on firefighting trains protecting snow sheds along the California Sierras. Then, mysteriously, the steamer disappeared for another 60 years – until Dave and Barbara Hubert discovered it hiding in a barn in Fallbrook, CA, a rusting mess.

As a surprise, Barbara purchased the steamer and gave it to her husband, a retired Captain from the Orange County Fire Authority, on their 25th wedding anniversary. Five years of painstaking restoration followed. Today the antique steam boiler still pumps 1,000 gallons per minute. The CSFA Steamer Team continues to promote fire prevention and life safety, and to preserve fire service history. 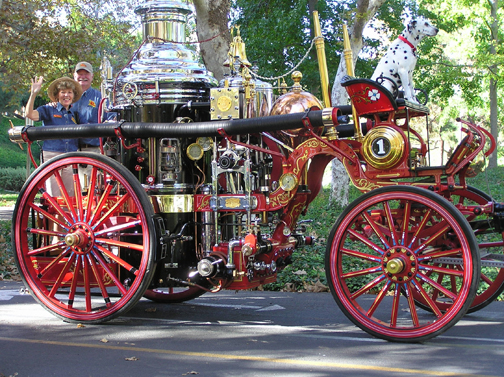 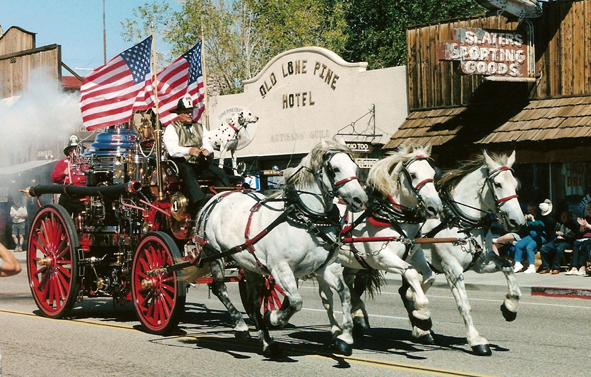